Nagasaki-Hanford Bridge Project: Joining the Victims of Production and Use of Nuclear Weapons via CORE

Nagasaki-Hanford Bridge Project: Joining the Victims of Production and Use of Nuclear Weapons [March 5 through 11]

Consequences of Radiation Exposure (CORE), a Washington State nonprofit, is planning a historic mission by a survivor of the Nagasaki atomic bomb to meet with people living near the Hanford Site, where the plutonium for that bomb was produced. The radiation released by the detonation over Nagasaki and from plutonium production in Hanford have resulted in cancers and a host of disabling illnesses among survivors in both locations. This mission began with a $3000 grant provided by the City of Nagasaki. We ask for your help, in any amount, to support it.

What makes this meeting vital? The average Nagasaki survivor (hibakusha) is now over 80 years old. This is likely to be the last chance for a hibakusha to travel to Hanford, where plutonium was produced from World War II throughout the Cold War, contaminating workers as well as downwind, downstream communities. Real-time, face-to-face sharing of personal stories in communitya fora and classroom settings represents an unparalleled opportunity to educate minds and hearts about the devastating human toll of exposure to ionizing radiation that continues to haunt people on both sides of the Pacific. 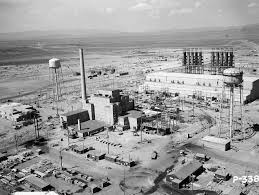 Hanford Nuclear Reservation, Washington State, where the plutonium for the Nagasaki atomic bomb was produced.

We are also supported in this project by Whitman College in Walla Walla, where we are working with Professors Shampa Biswas and Jason Pribilsky. Fallout released from Hanford made Walla Walla a geographic radioactive “hot spot.” Artist Glenna Cole Allee will also present her installation project including photographs of the Hanford Site and sound collages of interviews with impacted Hanford downwinders, including scientists, workers, and Native Americans. In Richland, the town closest to Hanford, we are working with World Citizens for Peace. In addition to presentations and discussions, we plan screenings of documentarian Hitomi Kamanaka’s 2003 work, Hibakusha at the End of the World, which draws together post-Gulf War Iraq, Hanford, Nagasaki, and Hiroshima. Finally, we will work with journalists and social media to share the fruits of this mission. We believe this project is of special importance at this time when, once again, we are surrounded by alarming talk of potential nuclear war. 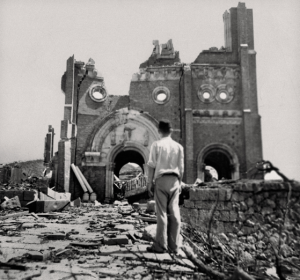 We are asking for your donation in any amount to supplement the support given by the city of Nagasaki and Whitman College. Contributions will go toward travel, hotel stays, meals, and incidentals for the hibakusha,  a Nagasaki University School of Education student accompanying him from Nagasaki, as well as mission organizers. Dates for the program are March 5 – 11, 2018.

Please support this historic mission by making a tax-deductible contribution at https://www.paypal.me/COREHanford.

You can also send your donation as a check made out to CORE to CORE/ c/o 3711 47th Pl NE, Seattle, WA 98105. And please send this appeal to friends whom you think might be interested.