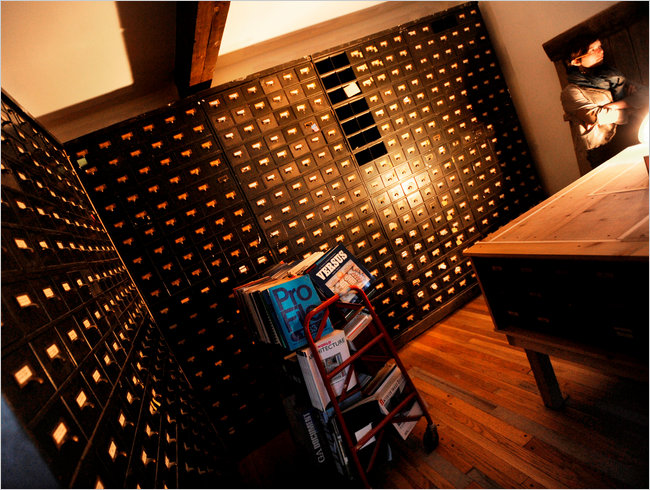 Lantern slides that belonged to the University of Chicago Visual Resources Center were donated to Theaster Gates’ Dorchester Project, which was featured in a recent New York Times article.

Mr. Gates has combined a former candy store, a single-family house and a duplex across the street into a site of artistic and community change for a neighborhood that has suffered years of blight and cultural neglect. The installation is an entry in a growing art movement to create “hybridized” arts spaces that serve multiple functions, taking inspiration from installations in Houston and Los Angeles, as well as in Chicago’s Woodlawn neighborhood in a community center called the Experimental Station.