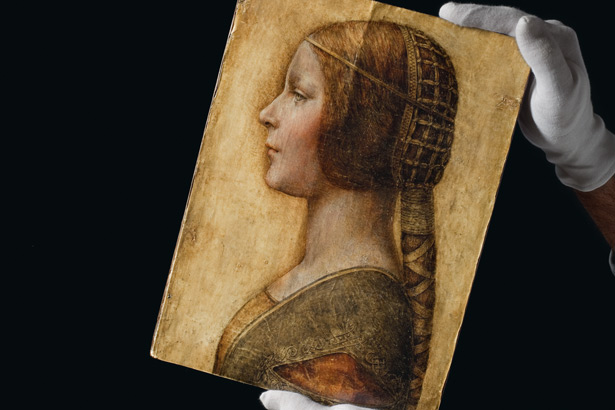 A recent episode of NOVA’s Mystery of a Masterpiece investigates whether a portrait sold for $20,000 in 1998 is a lost Leonardo. Full episode available indefinitely online.

NOVA’s Building the Great Cathedrals is now available to watch on the PBS website.

Take a dazzling architectural journey inside those majestic marvels of Gothic architecture, the great cathedrals of Chartres, Beauvais and other European cities. Carved from 100 million pounds of stone, some cathedrals now teeter on the brink of catastrophic collapse. To save them, a team of engineers, architects, art historians, and computer scientists searches the naves, bays, and bell-towers for clues. PBS recently introduced a beta version of its new arts website which covers theater, dance, visual art, film and music. Four virtual exhibitions are among the site’s initial offerings; one of these, called Ruin & Revival, explores creativity in New Orleans in the wake of Hurricane Katrina. It includes works from the series “Storm Cycle” by artist Thomas Mann.

Another area of the website encourages viewers to contribute digital photographs of artwork to the PBS Arts Flickr group and tag works with keywords, grouping them into collaborative virtual exhibitions. A new film airing on PBS’ Independent Lens called Between the Folds chronicles the lives of ten modern paper folders. As the PBS website describes: “Through origami, these offbeat and provocative minds are reshaping ideas of creativity and revealing the relationship between art and science.” On this site, you can also test your origami knowledge by matching folding patterns with finished products, or even printing out patterns to try yourself. Explore the site further to learn about the artists and discover facts about the history of origami.