On January 12, 2017 the Seminary Co-op Bookstore and the Center for East European and R 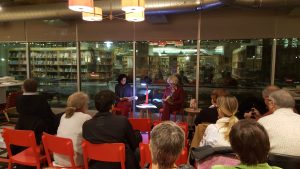 ussian/Eurasian Studies launched A CEERES of Voices, an author-centered series of readings and conversations on books from or about Central and Eastern Europe, Russia, Central Eurasia, and the Caucasus.  The series began with a discussion of Country of Red Azaleas with Domnica Radulescu and Maria-Sabina Draga Alexandru.

In conjunction with this series, we are also happy to announce a series of informal video interviews with authors in the series. In these chats, authors discuss their newest books, their writing process, and the books that have influenced them and their writing. You can see the first interview with Domnica Radulescu and Maria-Sabina Draga Alexandru here:

The next event in the series will take place on February 17, 2016 at the Seminary Co-op Bookstore (5751 S. Woodlawn) at 6:00pm when Max Bergholz will discuss Violence As A Generative Force: Identity, Nationalism, and Memory in a Balkan Community with Victor Friedman. For more information on the series you can the Seminary Co-op website. 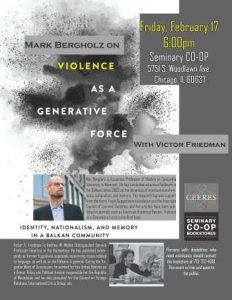