Mx.Mechanica, for drum set and electronics, explores the drum set as a machine that a player enters into, activating it as an extension of the body, and in turn, causing the performer to become a component of the machine. The performer becomes the intercessor between the music – a sort of algorithm of rhythmic repeated phrases, and the machines sonic output. The fixed setup serves as a foil to the player, bringing out the similarities between humans and machines while also demonstrating the impossibility of the human becoming fully mechanised.

meditation for improvised flute and electronics by Paul Novak

While many of my pieces are jagged and quickly developing, meditation inhabits a static and shimmering world shaped by the sounds of the flute. I wrote this piece in the fall of 2019, and returning to its tranquil landscape and to the sounds that I love to make on my flute a year later during the pandemic was like a musical comfort food.

For the past two years I have been working on a neural-network mapped software instrument. This instrument takes 3 and 4 dimensional (or N-dimensional) control data and maps these controls to an M-dimensional synthesis space. The goal of the instrument is to allow for intuitive control over many-dimensional synthesis systems in 16 to 80 element parameter spaces. In the video below, I am soloing on my Live Modular Instrument, with the NN Synth as the lead voice. Before these past two years, I rarely soloed. But in the current circumstances, this has become one of my main modes of expression, and one I hope will augment my ensemble playing in the future.

for string quartet and tape 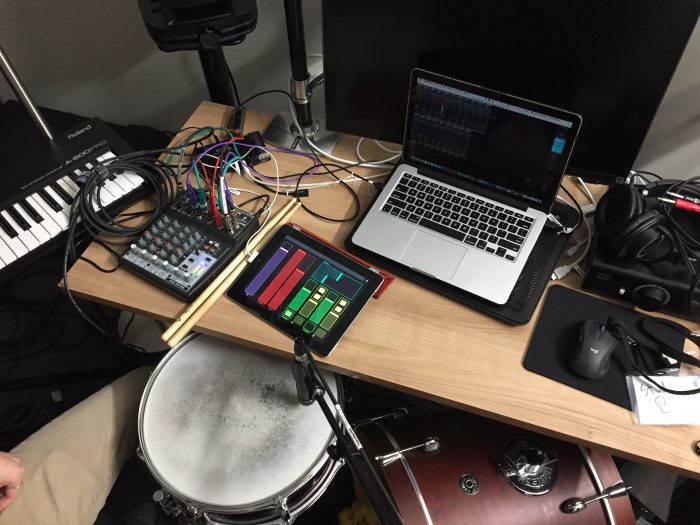 for sextet and live electronics
performed by the University of Chicago New Music Ensemble with Barbara Schubert, conductor
February 4th, 2018

De Singer, part 1 was recorded live in Belgium and produced in the CHIME Studio. It is the first track on Two Live Sets, an album featuring CHIME Director Sam Pluta on electronics and Peter Evans on trumpet. Evans and Pluta use improvisation to bridge uncharted sonic worlds for Evans’ traditional acoustic instrument with Pluta’s customized and highly flexible software. Their instruments are at some points fused into a unified sonic entity indistinguishable as two voices, while at others engaged in violent counterpoint.

a concerto for piano, ensemble, and electronics that dramatizes the contrast between a mechanical super-piano, and one that has a physical—organic—body. Keyboards and pedals run physical modeling software through Max, in addition to triggering various distorted vocal samples. These electronics are “attached” locally to the solo piano, the harp, and the vibraphone, creating meta-instruments that interact with the ensemble.