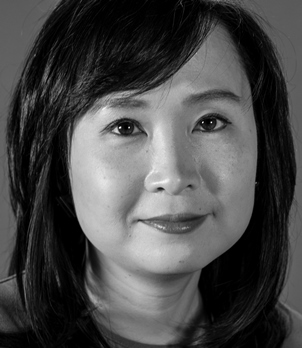 Joan Kee is Associate Professor in the History of Art at the University of Michigan, Ann Arbor. A specialist in modern and contemporary Asian art, she has published Contemporary Korean Art: Tansaekhwa and the Urgency of Method (University of Minnesota Press, 2013) among other writings. A contributing editor for Artforum, Kee is also the co-editor of To Scale (Wiley-Blackwell, 2015), a transhistorical anthology of essays on questions of size and scale in the visual arts. Presently she is working on two books, one on artist negotiations with legal doctrines and concepts in the U.S. from 1975 to 1995 and another on the social import of abstraction in East and Southeast Asia.

Painting in Anticipation
I look at the twinning of ink painting and abstraction taking place in South Korea between the early 1940s and late 1970s, when ink painting was recognizably part of contemporary art’s mainstream and when it fell out of it. I argue how ink painting’s significance was rooted in the incongruencies it made visible and the reckoning of chronologies demanded by the works of Jung Tak-young, Park Rae-hyun, and Hwang Chang-bae. My argument is deliberately speculative, going back to the period right before ink painters are all but excluded from the privileged gambit of modernity in order to consider the assumptions underwriting present conceptions of the contemporary and to recuperate works otherwise situated in a discursive purgatory suspended between aspirational conceptions of the past and the future.