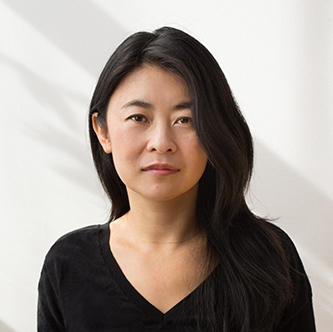 Her installation opera Paradise Interrupted has been performed at Singapore International Festival of Arts, Lincoln Center Festival, and Spoleto Festival USA. Other recent projects include A Beautiful Disorder at Cass Sculpture Foundation, 2016 and What About the Art? at Qatar Museums, 2016, among others.

In 2008, Ma was the Emmy-winning chief designer for visual and special effects for the opening and closing ceremonies of the Beijing Olympics. More info: www.littlemeat.net.

Paradise Interrupted, an installation opera, is a new departure in my artistic practice. Centering on The Woman in search for an unattainable ideal in a world activated by her voice, it melds many long-term explorations into one work, built on my core approach to art making involving extending traditions into contemporary discourse. In terms of subject matter, this opera fuses and re-imagines the biblical story of Eve with the kunqu drama of Du Liniang in The Peony Pavilion.

The form and volume of the black paper-sculpture garden on stage can be lengthened or contracted at will by the demand of the drama, and is inspired by the symbolic and spare kunqu stage and Chinese literati landscape painting. In the latter, black ink dominates the visual language to create variations in the landscape. Black is both the absence of light and a combination of all color pigments. The duality of inclusiveness and expulsion gives great opportunity for artistic exploration. Voice-activated video projections complete the idea that the garden is a life-giving force that responds to the need of the protagonist and become a digital character that advances the drama.