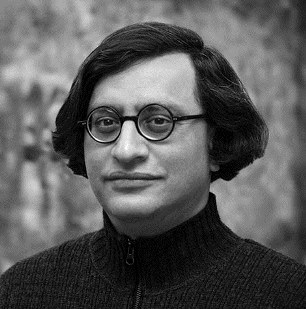 Iftikhar Dadi is Associate Professor at Cornell University in the Department of History of Art. Recent publications include Modernism and the Art of Muslim South Asia (2010), the edited monograph Anwar Jalal Shemza (2015), and essays in numerous journals and edited volumes. Co-curated exhibitions include Lines of Control (2012–13); and Tarjama/Translation (2009–10). As artist, Iftikhar Dadi works in collaboration with Elizabeth Dadi and exhibited widely internationally. Their practice investigates the salience of popular media in the construction of memory, borders, and identity in contemporary globalization, and the potential of creative resilience in urban informalities.

Calligraphic Abstraction: Anwar Jalal Shemza
An important modernist, the artist Anwar Jalal Shemza (1928–85) is also representative of a generation of artists who emerged from Asia and Africa in the postwar decades following the end of the British Empire. Shemza’s work tackles issues of belonging in the diaspora, as he lived in the U.K. from the mid-1950s till his death in 1985. Based on a study of Shemza’s writings and artistic oeuvre, this presentation traces the development of the artist’s aesthetic of calligraphic abstraction. Shemza re-territorialized the Arabic script, foregrounding its trans-local nature, while making its aesthetic engaging to the outside and so destabilizing reductive associations between art and nation. Calligraphic experimentations like his have, through abstraction, opened a dialogue with metropolitan artistic languages, to become more global in scope. They offer a compelling response to the dilemmas of identity and praxis in the world emerging in the wake of European colonialism.