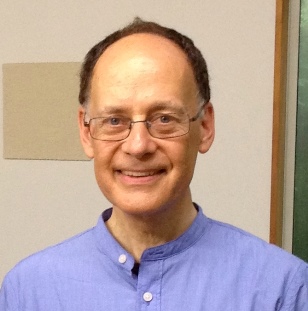 Bert Winther-Tamaki is Professor of Art History at the University of California, Irvine. His publications include “The Ligneous Aesthetic of Postwar Sōsaku Hanga and American Perspectives on the Modern Japanese Culture of Wood,” Archives of Asian Art, 66: 2 (2016); “Six Episodes of Convergence Between Indian, Japanese, and Mexican Art,” Review of Japanese Culture and Society, 26 (2014); Maximum Embodiment: Yōga, the ‘Western Painting’ of Japan, 1912–1955 (University of Hawaii Press, 2012). Winther-Tamaki is currently a research fellow at the International Research Center for Japanese Studies in Kyoto working on a book about the use of soil and clay in modern Japanese art.

Remediated Ink: The Debt of Modern and Contemporary Asian Ink Aesthetics to Non-Ink Media
Monochromatic ink aesthetics circulates widely today as a sign of Asian cultural identity, but much of it is produced by representations of ink generated in media other than ink. The media studies concept of remediation suggests a framework for a taxonomy of non-ink media ranging from late 19th-century Pictorialist photography to new digital media of popular culture. Chinese ink art has become a successful phenomenon in the global contemporary art market in the past decade, but the protagonists of this movement, including many ink remediators, stand in a much longer transnational modern Asian development of strengthening, expanding, and transforming the beauty of monochromatic ink painting in other media. This study investigates works that deal with themes of Japanese ink aesthetics in non-ink media by artists in Japan and the United States, ranging from the calligrapher Inoue Yūichi to the photographer Hiroshi Sugimoto.