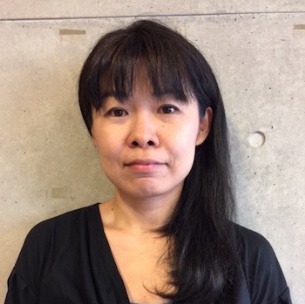 A Conundrum of “Pure Blood”: Why Did Avant-Garde Calligraphy in Japan Retreat from the Art World?
Akiko Mukai, Kobe University

This paper considers why Japanese avant-garde calligraphy (zen’ei sho), which had received national and international attention in the 1950s, could not establish itself within the modern art system in Japan. In 1956, the art critic Imaizumi Atsuo called for avant-garde calligraphy to remain “pure-blood” (junketsu-shu). His statement reflects the contradiction of the art system that Japan imported from the West in the Meiji era, which caused the separation of calligraphy from painting (shoga bunri). Imaizumi made this statement during what is called the “Imaizumi whirlwind,” triggered by his criticism on the backwardness of Japanese oil painting in 1952. Acknowledging that Japanese oil painting could not escape its dependency on Western art, he demanded the “blood purity” of calligraphy (avant-garde or otherwise), disapproving its integration into the art system. As the art world’s interest in calligraphy waned in the 1960s, the separation of calligraphy and painting continued without opposition.