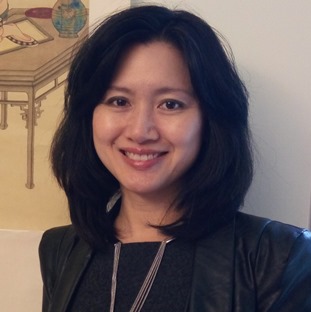 Aida Yuen Wong (Ph.D., Columbia University) is Nathan Cummings and Robert B. and Beatrice C. Mayer Associate Professor in Fine Arts at Brandeis University. She has written extensively on transcultural modernisms. Among her publications are Parting the Mists: Discovering Japan and the Rise of National-Style Painting in Modern China (2006), Visualizing Beauty: Gender and Ideology in Modern East Asia (ed.) (2012), and The Other Kang Youwei: Calligrapher, Art Activist, and Aesthetic Reformer in Modern China (2016). Her current projects include a book on ink painting in Taiwan and Hong Kong, an edited volume on gender and modern China, and an edited volume on East Asian fashion histories.

Cold War Ink Painting in Taiwan
Traditionalist guohua (national-style painting) under the ruling KMT party was made into an anti-Communist symbol, but this was not the only manifestation of Cold War ideology in postwar Taiwan. In the 1950s and 1960s, young painters were discovering American modernism centered around the concept of “freedom”—artistic freedom and freedom from totalitarianism. At the same time, the U.S. Cold War propaganda machines opened up new avenues for artistic interchange. The exhibition New Chinese Landscape curated by Prof. Li Chu-tsing of the University of Kansas, which traveled to various museums and art galleries in the U.S. in 1966–68, was a milestone in this history. Although not all of the participating artists had lived in Taiwan for extended periods, each developed deep ties to the island, which the U.S. saw as a critical Asian ally in the struggle against Communism. The artists—Yu Cheng-yao, Chen Ch’i-kwan, C.C. Wang, Liu Kuo-sung, Chuang Che, and Fong Chung-ray—represented directions unseen in the People’s Republic of China where social realism reigned.