Vivian Maier (1926–2009) moved to Chicago in 1956 and though she worked as a nanny to support herself, she spent her spare time taking photographs and making films. Her work was largely unknown during her lifetime, as the more than 10,000 negatives she made were kept hid:

Maier’s massive body of work would come to light when in 2007 her work was discovered at a local thrift auction house on Chicago’s Northwest Side. From there, it would eventually impact the world over and change the life of the man who championed her work and brought it to the public eye, John Maloof.

While Maloof and his team were cataloging her work, they maintained an image-heavy website dedicated to her life and work, and the Chicago Cultural Center mounted an exhibition “Finding Vivian Maier: Chicago Street Photographer” (7 January–3 April 2011), which garnered a lot of public interest in Chicago’s “nanny photographer”.

Authors Richard Cahan and Michael Williams released a new book of Vivian Maier’s photographs last month called Vivian Maier: Out of the Shadows. In addition to providing context for the artist’s life, the book publishes 275 of her photographs. To celebrate, After-Words New and Used Books in downtown Chicago is hosting a book signing party on Thursday, November 29 at 6:30.

The Metropolitan Museum of Art recently released a new iPad app, “Faking It: Manipulated Photography Before Photoshop” to accompany a current photography exhibition.

Digital cameras and image-editing software have made photo manipulation easier than ever, but photographers have been doctoring images since the medium was invented. The false “realities” in altered photographs can be either surprising and eye-catching or truly deceptive and misleading.

Faking It is a quiz that asks players to spot which photos are fake and figure out why they were altered. Through fifteen sets of questions accompanied by more than two dozen remarkable images, the Faking It app challenges misconceptions about the history of photo manipulation.

Images in the app range from a heroic portrait of Ulysses S. Grant to a playful portrait of Salvador Dalí, and from New York’s glamorous Empire State Building to Oregon’s sublime Cape Horn.

The app complements the exhibition Faking It: Manipulated Photography Before Photoshop (on view October 11, 2012–January 27, 2013). 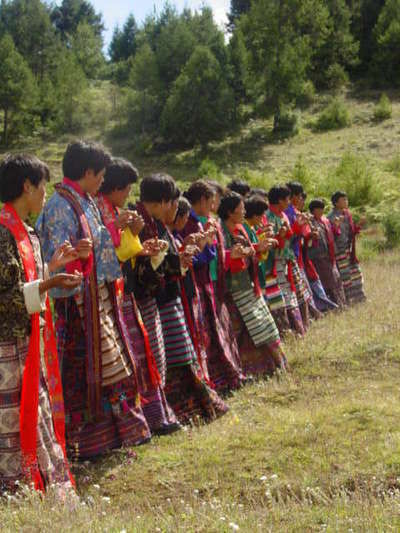 The Tibetan and Himalayan Library (THL) collections of images are indexed by THL’s Place Dictionary and Knowledge Maps for easy exploration. View over 60,000 photos of Tibet and the Himalayas, many with links to maps.

The Tibetan and Himalayan Library is a publisher of websites, information services, and networking facilities relating to the Tibetan plateau and southern Himalayan regions. THL promotes the integration of knowledge and community across the divides of academic disciplines, the historical and the contemporary, the religious and the secular, the global and the local.

Images are linked together by topic, location, and collection for easy browsing and context. For more information, see the library’s main site.

The Graphics Atlas from the Image Permanence Institute at the Rochester Institute of Technology allows for dynamic exploration of printing processes, from pre-photographic to digital. Visitors can browse techniques visually, by name, or on a timeline. Detailed comparisons of different techniques help viewers learn to visually distinguish one printing process from another.

The Photography, Video and Visual Journalism blog for the New York Times, Lens, has revealed their interactive mosaic of photographs which were solicited on Sunday, May 2nd, from readers around the world. The mosaic takes shape as a globe covered with stacks of the digital photographs, corresponding in location to where they were captured at a single moment in time. The globe can be “spun” in any direction to explore various locations, and pictures can be searched by topic: community, arts and entertainment, family, money and the economy, nature and the environment, play, religion, social issues or work. Image-specific URLs are also available so that you can return to your favorite photographs again and again. Wherever you are, we hope you’ll have a camera — or a camera phone — in hand. And we hope you’ll be taking a picture to send to Lens that will capture this singular instant in whatever way you think would add to a marvelous global mosaic; a Web-built image of one moment in time across the world.

Read more about this project on Lens, the Photography, Video and Visual Journalism blog for the New York Times. Submit your photographs here (link will be active after 15:00 on May 2nd).

The National Archives and Records Administration is now a member of Flickr Commons, a website for cultural institutions to share their photograph collections with the public. The National Archives joins the New York Public Library, the Smithsonian, the Library of Congress and many other archives, libraries and museums in sharing their collections with Flickr. Visit NARA’s photostream by clicking here.

To mark the opening of its photostream in the Commons on February 4, 2010, the National Archives has posted a new photo set containing more than two hundred photographs of the American West by renowned American photographer Ansel Adams.

The behold search tool provides access to over one million Flickr-hosted images that are available free of charge. You may specify image results that can be modified and/or used for commercial purposes. For more information and Terms of Use, click here.

NewYorkHeritage.org is a research portal for students, educators, historians, genealogists, and others who are interested in learning more about the people, places and institutions of historical New York State. The site provides immediate free access to more than 160 distinct digital collections that reflect New York State’s long history. These collections represent a broad range of historical, scholarly, and cultural materials held in libraries, museums, and archives throughout the state. Collection items include photographs, letters, diaries, directories, maps, newspapers, books, and more.

A list of participating institutions may be found here; for more information about the project, click here.