Please join us for our first meeting of the Winter 2011 quarter!

Speakers of all levels are invited to attend. Light refreshments will be served. 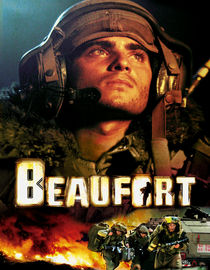 In the final days of the Israeli occupation of Lebanon, a band of soldiers prepares for the evacuation of a mountain stronghold called Beaufort. Their leader is 22-year-old Liberti (Oshri Cohen), whose strict adherence to the rules puts the men in harm’s way. As the evacuation draws near, Hezbollah steps up its attack, testing Liberti’s mettle and the men’s allegiance to him. Eli Altonio co-stars in director Joseph Cedar’s Oscar-nominated film.

Comments feed for this article