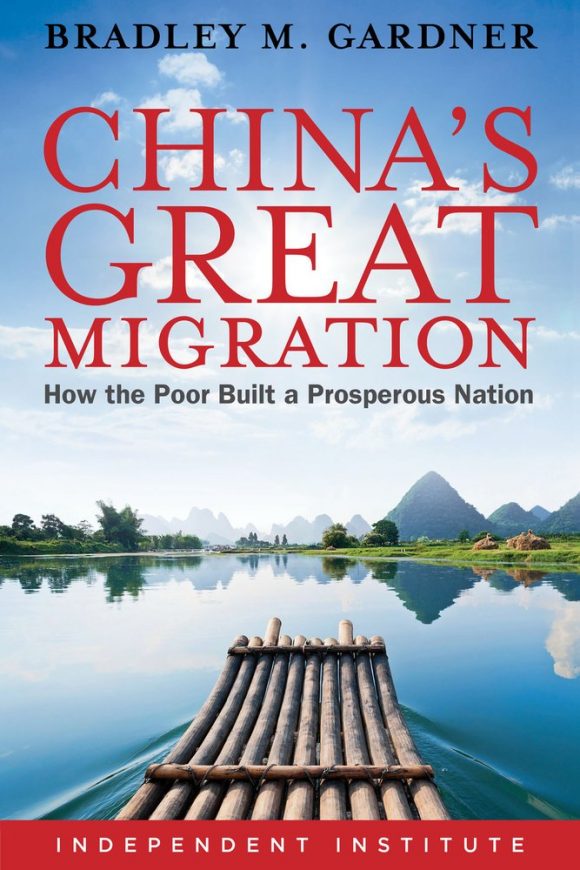 Can you say a bit about your book project?

When I got to China, I quickly realized that A. China didn’t have a functioning financial industry. B. China was rapidly reducing poverty in a real and substantial way. The decline in poverty in China – 753 million people over a bit more than 30 years – is easily the largest reduction in human misery ever. If you were to tell a group of development experts that you could achieve this reduction in poverty while systematically redirecting money from the country’s poor towards State-owned enterprises that often went bankrupt, rarely made a profit and supported widespread graft, they would almost certainly not believe you, and perhaps assume that you were drunk.

And yet, it happened. There is really no questioning the fact that China is an exponentially better place than it was 30 years ago, despite still having a wildly dysfunctional financial system, and a tax system that’s partially dependent on violent land seizures.

A number of things contributed to Chinese growth during this period, but the explanation I really hit on in the book, is that development experts tend to systematically underestimate the value of migration as a tool to alleviate poverty. Over the past 30 years, the population of China’s cities have grown by half a billion people, driven by more than 260 million migrant workers. These people found better jobs in the cities, learned new skills, bought food, goods, places to live, developed new ideas, started new businesses. The standard estimate in the Chinese growth accounting literature, is that moving people from farms to factories contributed slightly over 20% of GDP between 1990-2010, or roughly 1.1 trillion dollars, an economy the size of Mexico. At times, building housing for urban residents accounted for 1/3rd of total GDP. Measuring the productivity gained by skills built in factories is somewhat more difficult, but the evidence suggests that it’s in the same realm.

The books looks particularly at the impact this mass migration has had on China’s political economy, and how China’s leaders have been forced to adapt in order to, in the words of Hu Jintao, “create 25 million jobs a year,” and deal with the concomitant strain on social services. The hope being that China’s experience could provide insights to policy makers in other countries dealing with similar problems, or, more broadly, convince policy makers to think of migrants as an asset rather than a problem.

The book also has some great stories in it. The first chapter starts with a kidnapping.

What do you find most rewarding about your work?

When I was a journalist, my magazine used to do a regular feature, where we asked people 4-5 questions about how they make money and published it alongside a large photograph. A bit like Humans of New York with a business angle. I always walked away from those interviews with a deep respect for whoever I was talking to, an understanding of how work fit into their broader life plan, and usually a completely unexpected insight into their business.

For example, I once interviewed the owner of a store in Beijing selling American vintage clothes, which largely focused on the complicated shipping route he devised to minimize tariff costs. I also interviewed two women who were paid commissions to convince men to come to the bar they worked at and buy drinks (you can read between the lines). It was like talking to two accountants. They had their predicted turnover worked out two-three months in advance, including how many hours they would have to spend online after work to build relationships with their regular and new customers, and where they saw their careers heading in the future (one aimed to go back home and start a business, the other wanted to be the mistress of someone wealthy). My book includes a long segment about a high school drop out who is now the majority owner of a clothing factory.

I like being able to walk up to people, ask them a few questions, and get a general understanding of how their life works. What resources they are using to attack what problem. I am always impressed by the general ingenuity of people when you start digging into this.

My core skills in any job are:

While MAPH wasn’t great for my writing skills (you can’t teach Lacan and writing at the same time, you get to choose one), it was probably the best entry point to the world of research you could have. I’m largely self-trained in economics, yet I somehow managed to crank out a book with a 17 page bibliography that was endorsed by a Nobel Prize winner in the field. MAPH deserves a share of the credit for that.

Do you have any general advice for current MAPH students, including those interested in a career in writing?

Writing isn’t really a career. It’s a useful tool for doing other things, but it’s important to have those other things that you want to do.

The first few years after University are spent trying to integrate yourself into institutions (at least if you were like me and weren’t smart enough to do it during University). It’s a really difficult process, and one that often takes unexpected turns, but once you find whatever group institutions you end up working with things get a lot easier. Figure out how the institutions around you work, and use your writing to sell your ideas.

If you really want to be a professional writer, look into technical writing. You can make a ridiculous amount of money.

Bradley Gardner is a Research Fellow at the Independent Institute, and a Foreign Service Officer at the U.S. Department of State. The opinions expressed are his own, and not necessarily those of the U.S. Government.