More of the folks who will be presenting at Reunion! 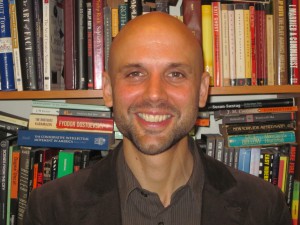 David Alm
David Alm is a New York City-based journalist and adjunct professor at Hunter College and NYU’s School for Continuing and Professional Studies. He has written for more than a dozen magazines, covering new media business, culture, and art; independent film; and his avocation, competitive distance running, for Runner’s World. He has also ghostwritten two books on new media design and digital filmmaking, respectively, for a world-renowned Web designer. From 2007 to 2010, he was the chief writer for a social issues and political blog sponsored by the fashion company Kenneth Cole Productions, covering a wide range of topics under the rubric of “raising awareness.” For that project, he also covered the Democratic and Republican National Conventions in 2008. As a professor, he has taught reporting, magazine writing, cultural criticism, the business of magazine publishing, and also several courses on film history and analysis, the humanities, and rhetoric. In addition to his writing and teaching work, he has sat on numerous panels and juries, evaluating screenplays, art, web design, and journalism for award and grant purposes. In his spare time, he trains for and travels to road races in the U.S. and abroad.
Andrew Rostan 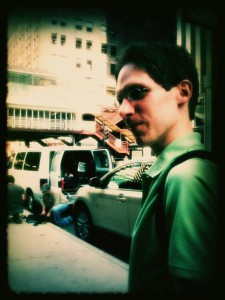 Andrew Rostan was born in 1984 in Boardman, Ohio, the beginning of a three-hundred-and-sixty degree journey around America with a detour in Amsterdam.  After starting his bachelor’s degree in Boston and finishing it in Los Angeles (graduating summa cum laude in film from Emerson College), he worked as a script reader and bookseller before deciding to return to school.  He was accepted into the MAPH program after the six other institutions he applied to had turned him down*, and this was the best possible outcome for him, as he met so many wonderful friends and his girlfriend.  His body of work includes one filmed short screenplay and five unproduced feature-length ones, a 594-page piece of utter crap which could vaguely be described as a novel, a MAPH thesis, and An Elegy for Amelia Johnson.  He does not know what the future holds, except more reading and more graphic novels…he’s presently working on four of them.
*Andrew received his acceptance letter after being awake for 36 hours straight in Las Vegas, not to gamble and party but to see Akron/Family play a 2 a.m. concert.